It's been a long day at work, and nothing feels better than getting in the house to sit down to a nice warm cuppa! Although my cuppa will be even more enjoyable today as I received my 200 crochet blocks book through the post, and a lovely letter from my pen-friend Vanessa.
Vanessa and I have been in contact since we were introduced to each other through a pen pal scheme at high school, that was set up to allow you to write to someone else from another country. I remember having three different pen pals, one from Italy, one from France and Vanessa from Spain.
It's been nearly ten years since we first started writing, and Vanessa is the only one I seemed to click and keep in contact with with out of all my pen pals . There have been little phases where we don't contact each other as we got older, but now that the internet has become more popular we have each other on facebook and twitter.
It is delightful, as she decided to write a letter to me last week since we don't have time to catch up on the internet and it was just like old times :) Thank you Vanessa! 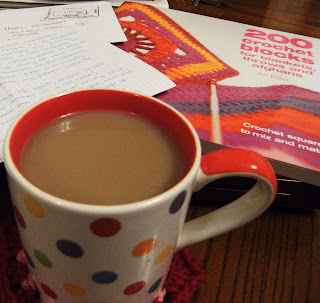 Onto the next greatest thing, 200 blocks!! I have a very valid reason for ordering this book (other than my love of crochet), it saves me searching the internet every week to find a new square pattern to learn for my Square A Week goal...Handy isn't it? 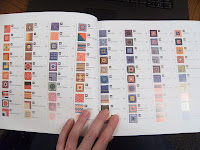 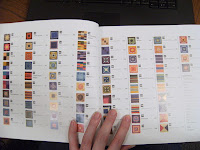 I took two photos to give you an idea of the blocks that are in this book, I am in heaven!!!!It makes Square A Week more exciting, now my problem will be to pick a square each week...so many choices!

P.S. If your reading this at all Vanessa, just want to say I love ya x