Weekend WIP Along With A Little Ramble

Hello lovelies, I hope you are all doing well! I have been doing pretty great, although before I ramble on I would like to share my current WIPs with you.

First up is my Diamond Striped Blanket which has been on my hook since December 2013, its been a steady project to pick up whenever I didn't have another project on my hook. Yesterday I decided to lay it on my bed to see how big it was and I was surprised to see it hasn't got far to go until I finish it. I also planned to crochet more of it yesterday but as you can see I took this photo before Jess decided she was going to have a cat nap on it. 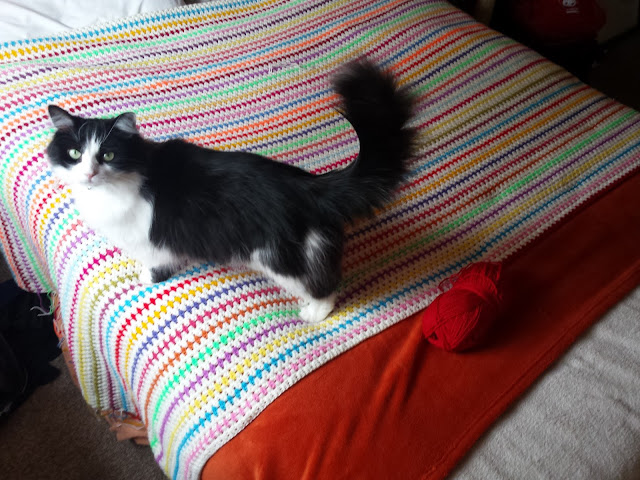 The second project on my hook is a fairly new one using the Willow Square from 200 Crochet Blocks for Blankets, Throws and Afghans by Jan Eaton. I have only done the first 5 rounds of the pattern in one colour rather than changing colours, then I have used the Solid Willow Crochet Block pattern found at Annie's Place to give it the solid border. I tried the block with a cream border but it didn't make the colour pop as much as the grey yarn does. It is going to be a blanket, but I am not sure how big it will be....time will tell. 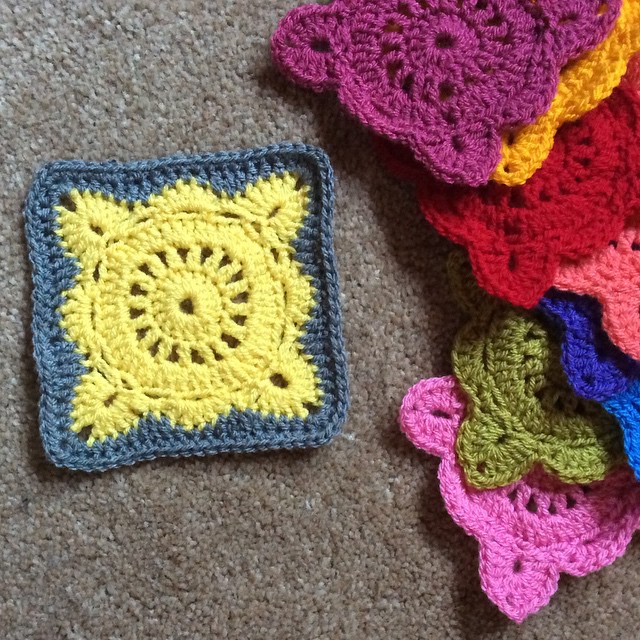 Aside from crochet I haven't really been updating you with much else in my life, there definitely have been a lot of changes which has possibly contributed to my lack of blogging. I am going to go back to last year.....yes I really have been poor with my blog updates! However I can keep it brief!

August last year I applied for a job with Coca-Cola Enterprises, with the attitude of....'yeah right like I would get a job with them'. Well turns out I got an interview with them which happened during a nightshift week at my previous job (zombie Hazel indeed). A month later I got a phone call with a job offer, I was absolutely ecstatic that day. I have been there 8 months as a QA Microbiologist! 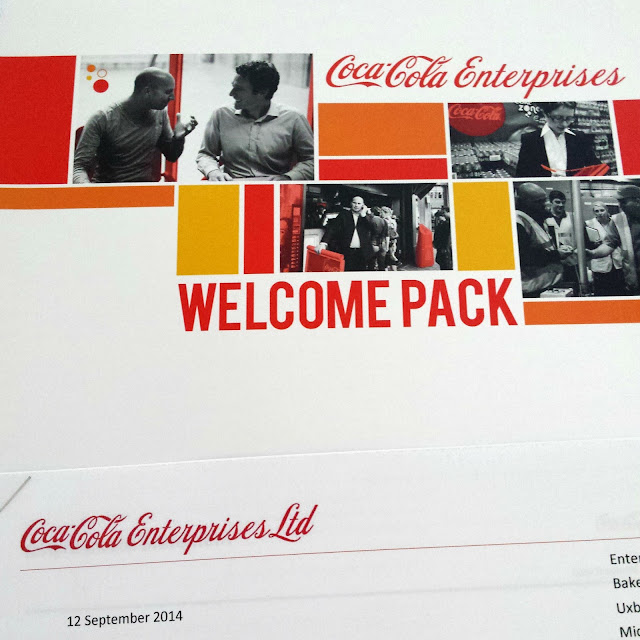 After I started my new job, Andy and I found out about a house that a friend of the family was wanting to let out. It needed redecorated which we got to do as our Landlord lives in England, so they gave us the first month rent free at the cost of us buying paint, etc for the house and of course decorating it for them (I will never forget all those layers of wallpaper we had to strip!). Though you can tell I got to pick the colours he he. 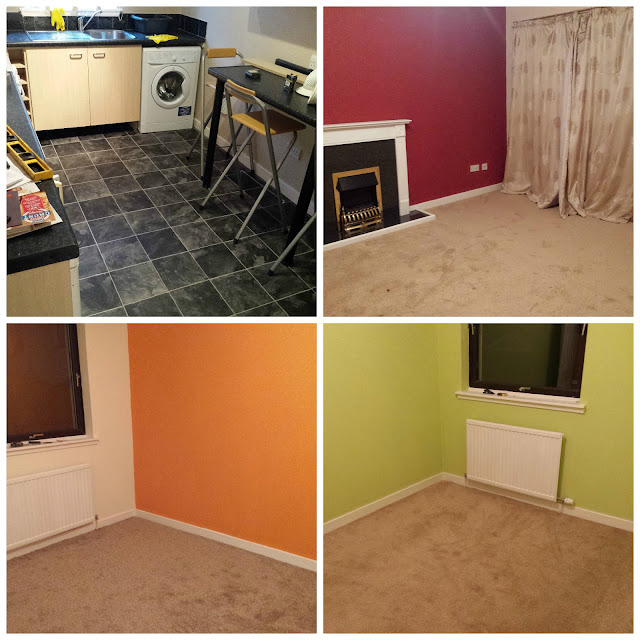 My last update is the most exciting one, and some of you already know this I have mentioned it almost a year ago. I have been looking forward to June 2015 for ages, because in 3 weeks time on 26th June, Andy and I will be getting married. I am both excited and nervous, and it is really starting to sink in now, but we are almost all organised! Squeeee.

With this post I am linking in with Weekend WIP Along over at A Little House in the Corner, so if you have a WIP you can share with her this weekend....you should pop over!